I am continually in awe of the many uses of hypnosis! 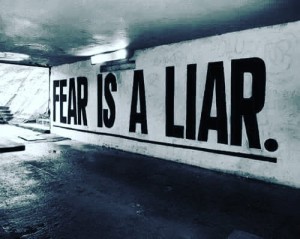 Fear is a necessary tool meant to keep us safe. If you feel that creepy sensation that someone is following you to your car, it is waking you up to be vigilant! BUT….fear can go from tool to MASTER and keep us from going forth confidently into the life we were meant to live.

Where fear really becomes a liar is when we listen to the the negative self talk that is driven by the fear of failing, disappointing someone, or making a “mistake”. At that point the tool has become the master.

Hypnotherapy can help you become the master of fear, and return it to the tool box where it should only be used when absolutely necessary.

What are you afraid of? 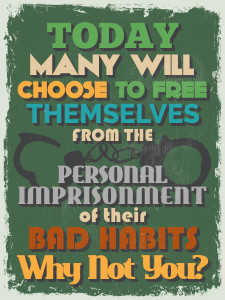 When most people think of healthy resolutions, usually what comes to mind is quitting a bad habit, exercising more or losing weight. Sometimes it might even be something more esoteric like meditating more or reconnecting with something else spiritual that they feel has been missing. All are wonderful and as important as one would expect.
In my line of work, I see people all the time who have something that is not working in their life and they are (usually) at the end of their rope. They have tried all measure of methods, only to have them fail. So, in my opinion the healthiest resolution that a person can make is one that will change their thinking, thus changing their behavior, thus changing their experience.
We have between 60,000 and 70,000 thoughts a day. Almost all are the same as the day before, leading us to create the same behavior and then roughly the same experience as the day before – day after day. It is becoming more mainstream for our culture to use phrases like ‘your thoughts create your reality’ or to use positive affirmations. But the truth is that positive thinking only works for a very, very small part of the population – roughly 5 percent. The rest are left feeling like yet another attempt at improving their lives has failed.
Hypnosis and hypnotherapy help you to change your thoughts. You gain direct access to the sub-conscious mind where all of your past experiences are stored and used to determine what to expect in the future. You can change how you feel or think about someone or something, this then alters the sub-conscious motivation for our thoughts, feelings and behaviors that we act out, ultimately modifying our behavioral process which will now create a different experience.
Think of your mind as a bus. Now the sub-conscious mind accounts for 88-92% of all of our motivations, thoughts, feelings and actions. Our conscious mind – the part responsible for logic, reason and short term memory – only 8–12%. Ask yourself “Who is driving the bus?” I tell my clients that the monkey is driving the bus – the Monkey Mind that is.
To make a resolution to gain control over our thoughts, feelings, emotions and ultimately our body sensations is perhaps the most important gift we can give ourselves. I personally believe it is the foundation for health and healing. It is something that everyone can learn, and with practice we can all take control of the bus and put the monkey mind to rest.

Hypnosis and hypnotherapy have moved into mainstream methods of health and wellness, and what better support to get than from a Stanford psychiatrist!  The art of  hypnotherapy is not something that can be learned in a weekend or month long seminar. The truth is that hypnosis is a natural state that we all move through in varying degrees every day. With hypnotherapy, we can deepen this state and use it to our benefit!

Check out the article below in Discovery Magazine: http://discovermagazine.com/2004/nov/hypnosis-works 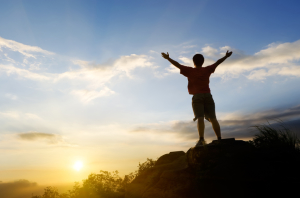 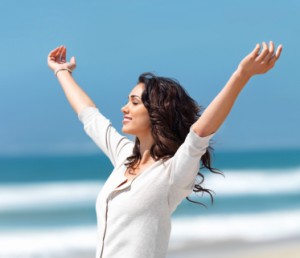 Enjoy the fruits of your labor this summer and pick products at QW for 40% off!

Stock up on items to help you manage stressful situations and move with ease into the fall.

Stop by the office or call for an appointment to meet me there.

Not Your Parent’s Biofeedback…

One of the most common things I hear about biofeedback is ..”I did that years ago”. Well, as with many things that have changed in recent times, biofeedback has made leaps and bounds in the type of technology that is used “nowadays”. In some cases a Quantum Leap you might say! 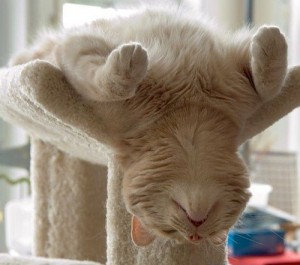 offers clients an opportunity to read, sleep or meditate during a session. Take advantage of my current promotion of 1/2 off your first session and see for yourself what relaxation training feels like. Why wait to feel great?

I have always been fascinated with the power of the mind. When I was a little girl in the very early seventies, I had heard that there were people who could move objects with their “mind”. I would sit and stare at objects, sure that if I concentrated long and hard enough, I could get them to move. Well, that never happened, but it also never deterred me. Even then I knew that I just needed to learn the secret to making it happen, and then it would.

Like most of us, as I grew older, I also grew more cynical. I had to have proof of everything before I could believe. Perhaps that is why I became drawn to Biofeedback – because there is decades of “proof” of the mind-body connection and how we can change our physiology with our mind.

In the course of researching the mind-body connection over the years, I have indeed come across people who actually can move and bend objects without touching them. The secret, it seems, is in building your Life Force (or Qi as it is also known) and directing it with your thought or “mind”. It is real, and anyone can do it with patience and practice. What I am excited about now is how science is starting to study this phenomenon in earnest. Here is a link to a video that someone shared with me – a true “Qi-Master”. While this is someone who has spent their entire life perfecting and using this gift, I find it hopeful that one day we will all be taught the ability to use the power of our own mind to affect our physical being.

Until recently, much if not all of our scientific theory was based on Newton’s laws of physics from a few hundred years ago. These definitions held that the universe is made up of solid objects. This premise was extended in the 19th century to describe a universe composed of building blocks called atoms – and these were also thought of as being composed of solid objects: a nucleus of protons and neutrons with electrons revolving around the nucleus similarly as the earth moves around the sun. Newton’s laws held firm the ideas of absolute time and space – being linear in nature. Most importantly, all physical reactions were seen as having a physical cause. These ideas are very reassuring to those who see the world as a finite object – solid and unchanging. It is also comforting to some to see the word with very clear and definite rules that govern its functioning.

In the early 19th century, new physical phenomena were discovered that did not fit the parameters of Newton’s laws of physics, specifically the discovery of electromagnetic fields. Pioneering scientists such as Michael Faraday and James Clerk Maxwell developed the theory of a universe filled with fields that create forces that interact with each other. Essentially, it was thought that through these fields of energy, we could begin to explain our affect on each other at a distance through means other than speech and sight. As human beings, we ourselves are composed of fields. We sense the presence of another human being without seeing or hearing them. This also explains the phenomenon of mothers who know when their children are in trouble – no matter where they are, even when they have grown and moved away. Have you not had the experience of picking up the phone and knowing who was on the other line? This “sensing” can be explained by the harmony (or in some cases disharmony) of the interactions of our energy fields.

With the publishing of Einstein’s Theory of Relativity in 1905, the principal theories of Newton were challenged, and essentially shattered. According to Einstein’s theory, space is not three dimensional and time is not a separate entity. Both are intimately connected and create a fourth dimensional continuum. Einstein indicated with E = MC2 that matter and energy were interchangeable. There exists another level of space where physical matter became pure energy. Challenging accepted thought further was his theory that time is not linear – there is not a “universal flow”. Time is not absolute. Time is relative. We all have had the experience of losing track of time – or of time speeding up. Does time not fly when we are engaged with something or someone we enjoy? In the moments before a car crash, people have described the “sensation” of time slowing down; painfully slow until the moment of impact. Additionally, as time is not linear, the feeling of Déjà vu could be an experience of something that has not yet happened or that has already happened – or that is happening on another plane.

In the 1920’s the reality of the subatomic world moved into scientific view. Quantum physics is a branch of science that deals with discrete, indivisible units of energy called “quanta”. These units exist as both particles and waves; they actually go back and forth between these states. When a subatomic particle is in a wave state, it could be said to exist anywhere in time. Our brains are conditioned to think of things spatially, so the idea that all things exist as energy is difficult for most of us to accept. Everything from our thoughts to the food we eat is energy at its most basic form. We react to and utilize the energy!