How does THAT work? 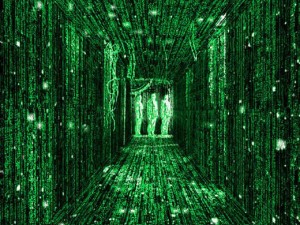 Energy exchange without visible connections has existed since the beginning of time. Quantum physics gives us an increased understanding of the reality of the connection between time and space and we know that frequencies and waveforms can travel unlimited distance. It has also been discovered that the human system, at the most basic level, operates according to the laws of quantum physics and energetics. Remote sessions create signals and target the client as a recipient, much in the same way that a cell phone allows two people to speak to one another thousands of miles or just feet away from one another.

The SRC (Spiritual Real Time Correction) was developed by David Harris, a Grand Master in Qi Gong. It is a Qi Gong enhancer that has also been known to enhance a diverse collection of relaxation, stress reduction and exercise programs such as, but not limited to, Reiki, Tai Chi, Yoga, meditation and many others. Proper exercise and diet have always contributed to the balancing of each individual’s energetic signature. This software program was created to merge Qi Gong with 21st century technology. It allows individuals to accelerate their learning curve and tap into the skill level earned through 30+ years of intense study as the author achieved Supreme Grand Mastery and developed the Shun Shen Tao discipline of Qi Gong

Remote sessions, either with the SRC or the SCIO offer the client flexible and convenient options. The results are uniquely experienced either in a subtle or an extraordinary way. Try a session for yourself!